A lot has been written lately about PERA’s unfunded liability – or the difference between the projected amount of money needed to pay the PERA benefits earned to date and the amount of money currently available to pay these benefits.

At the end of 2000, the PERA trust funds had more assets than were projected to be needed to pay current and future benefits to members and retirees in the plan at that time. However, since 2000, PERA’s unfunded liability has grown and the funded status has declined. The following tables show the various causes of the $32 billion shortfall that the Board’s legislative recommendation is intended to address. If adopted, the Board’s recommendation would return PERA to full funding over the next 30 years.

The last column on page 2 shows the totals for all causes of growth in the unfunded liability between 2001 and 2016. The bulk of the increase can be attributed to (1) less than anticipated investment income ($14.8 billion), (2) changes in plan assumptions and methods ($10.6 billion), and (3) contribution deficiencies ($4.6 billion).

Note that changes in plan provisions had a positive effect on the funded status ($9.3 billion), largely due to the impact of Senate Bill 1 (SB 1) passed in 2010 that immediately reduced pension liabilities at the end of 2009. Even though PERA is still benefiting, and will continue to benefit, from the SB 1 changes which lowered the rate at which new PERA members earn benefits, the combined negative impact of other causes more than offset the positive impact of those changes. 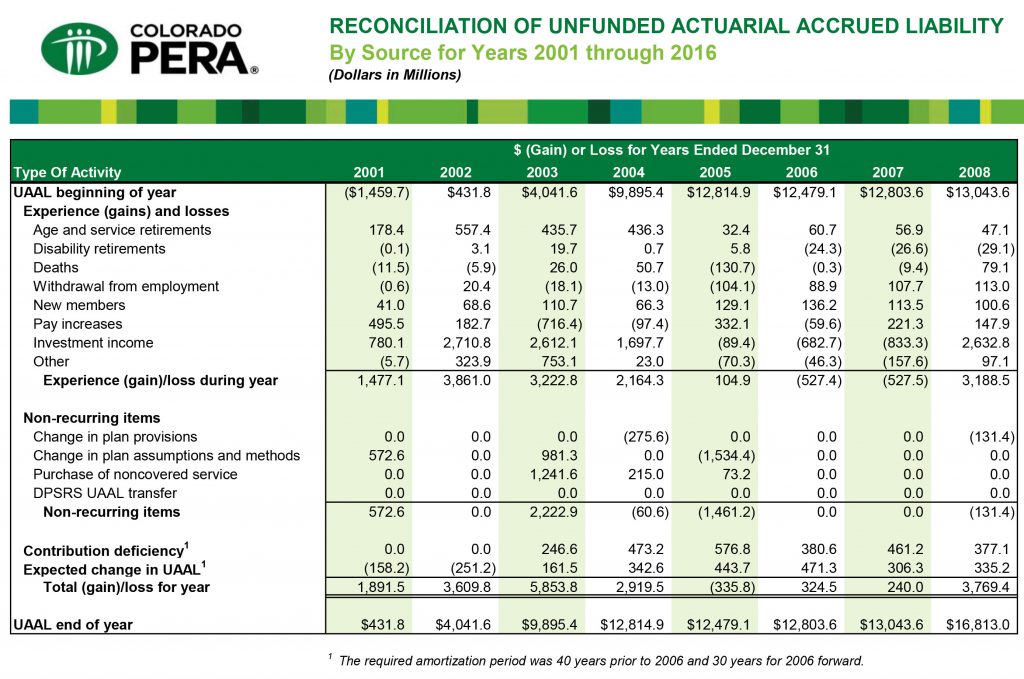 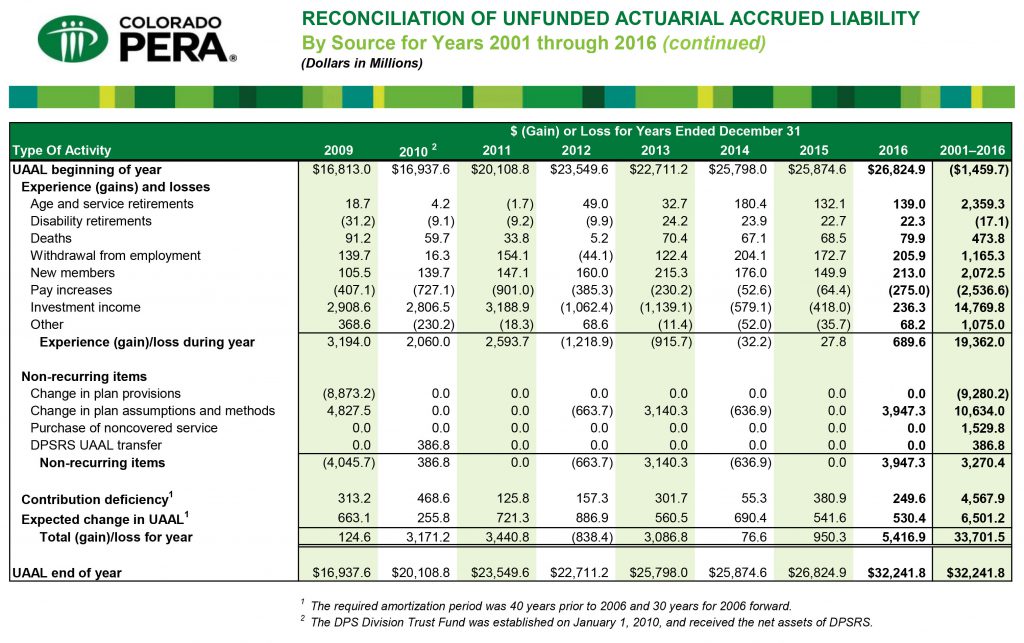 Note: numbers in parentheses are positive (or gains) and dollars are represented in millions.

Unfunded liabilityThe difference between the projected amount of money needed to pay benefits earned to date and the amount of money currently available to pay those benefits. 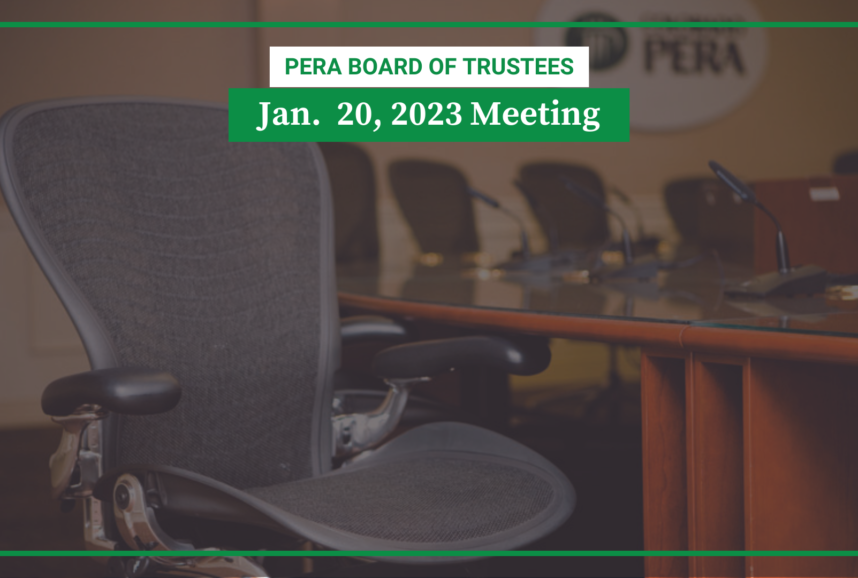 Candidacy Open for Four PERA Board Seats in 2023 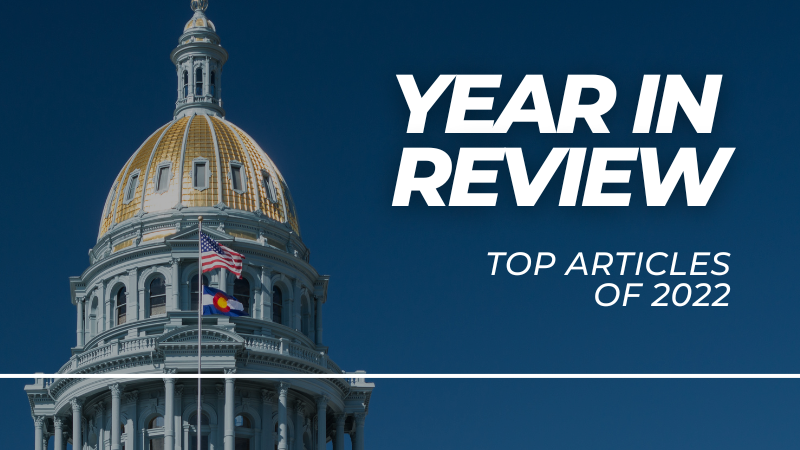