At PERA, the goal is excellent customer service measured by the standard of every interaction with the membership as both efficient and effective. Further, PERA strives to achieve these standards in a way that is also cost-effective. In order to measure performance against these important goals, PERA contracts with an independent, international firm that evaluates customer-service delivery and the cost to achieve that level of service.

Every year, the public-pension service-evaluation firm CEM Benchmarking performs a review of PERA’s delivery of service and costs, which is then compared to a group of peers, 13 different public retirement systems across the country. PERA’s peers include the Ohio Public Employees Retirement System, the Arizona State Retirement System, and the Washington State Department of Retirement Systems, among others.

This last year, PERA’s total service score was 90, which was above the peer median of 83, and one of the highest of all 70 plans that choose to be evaluated by CEM (not just PERA’s peers who are also high performers). In the last three years, PERA’s score has increased three points due to enhanced website capabilities, more member counseling, and reduced turn-around times for purchasing service credit. 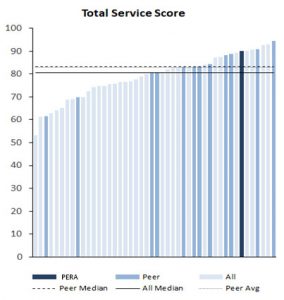 Not only did PERA receive high marks from CEM for our level of service, but also achieved this outcome with a lower cost per member than many peers. PERA’s cost to administer the retirement benefits of the plan was $52 per member in 2017. That’s $9, or 14 percent, lower than the median per-member/retiree cost of $61. 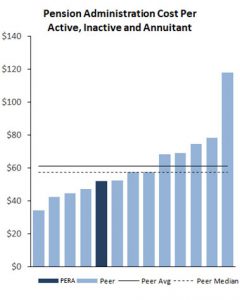 PERA’s ability to maintain these lower costs is due to operational efficiencies – namely, achieving the same results with fewer employees – and an economy of scale advantage.

Even when compared to other plans that are high performers (PERA was third highest among our peers), PERA earned an A rating from CEM. 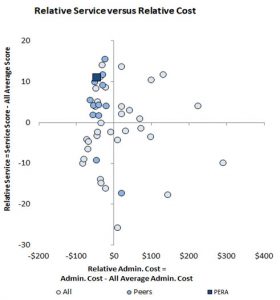 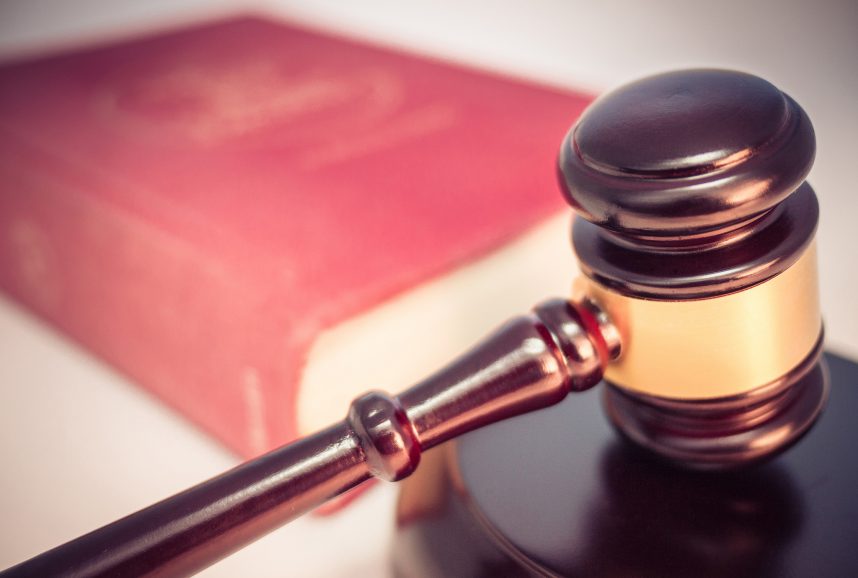 PERA Joins a Lawsuit to Defend Transparency and Shareholder Rights 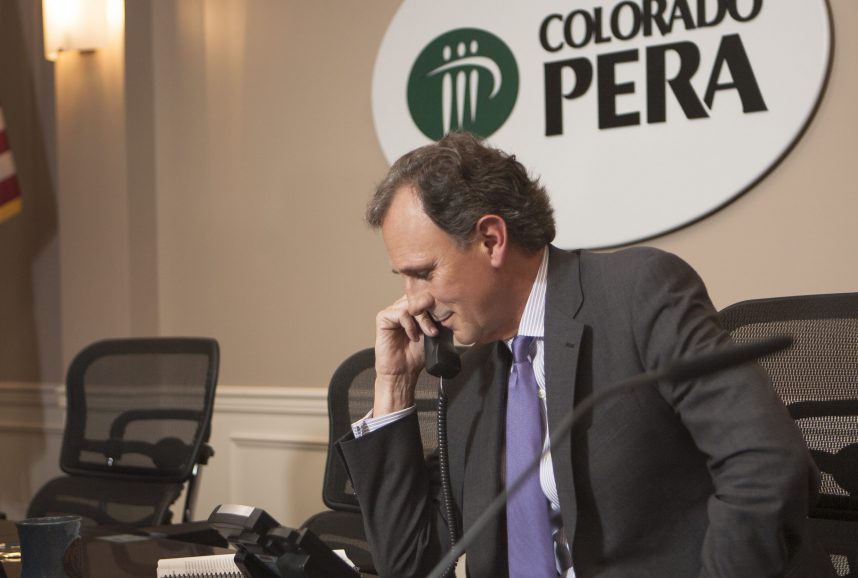