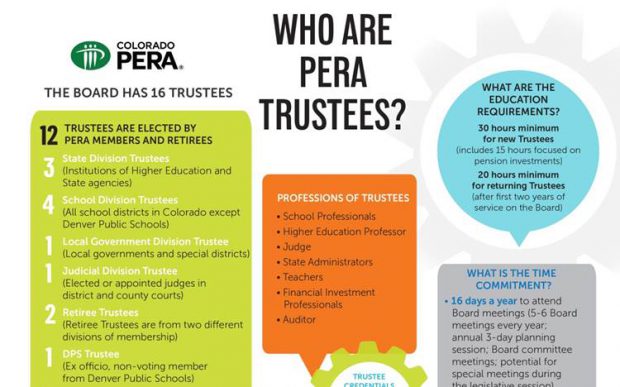 PERA Board: Working for You

The Board of Trustees of Colorado PERA is a group of 16 professionals who are responsible for overseeing PERA’s investment program and the administration of PERA’s benefits. The Colorado General Assembly, with the approval of the Governor, can change PERA benefits or contributions.

Three Trustees are appointed by the Governor and confirmed by the State Senate, 12 are elected by PERA members and retirees, and the State Treasurer serves as an ex officio Trustee.

Details on current Trustees may be viewed here. 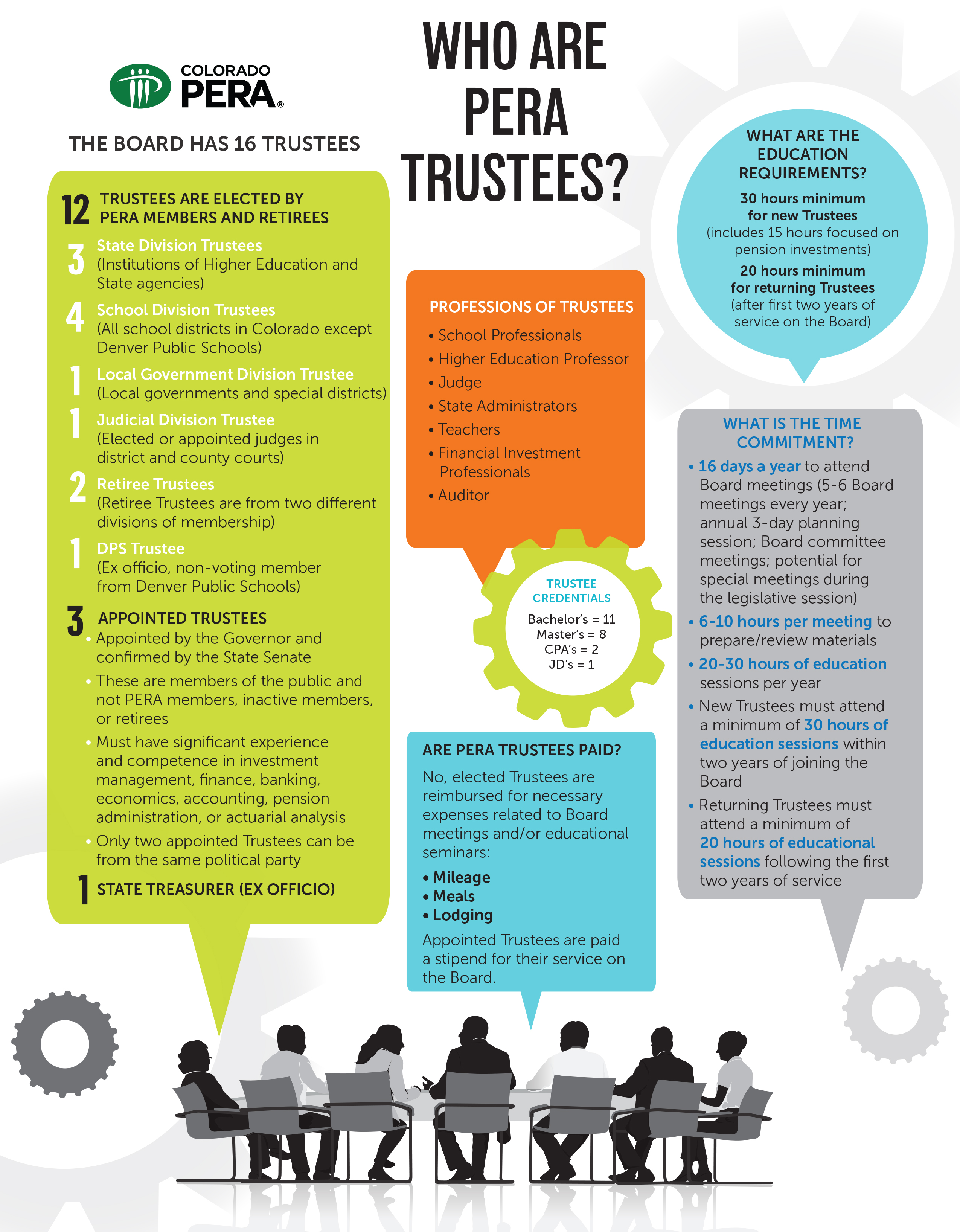 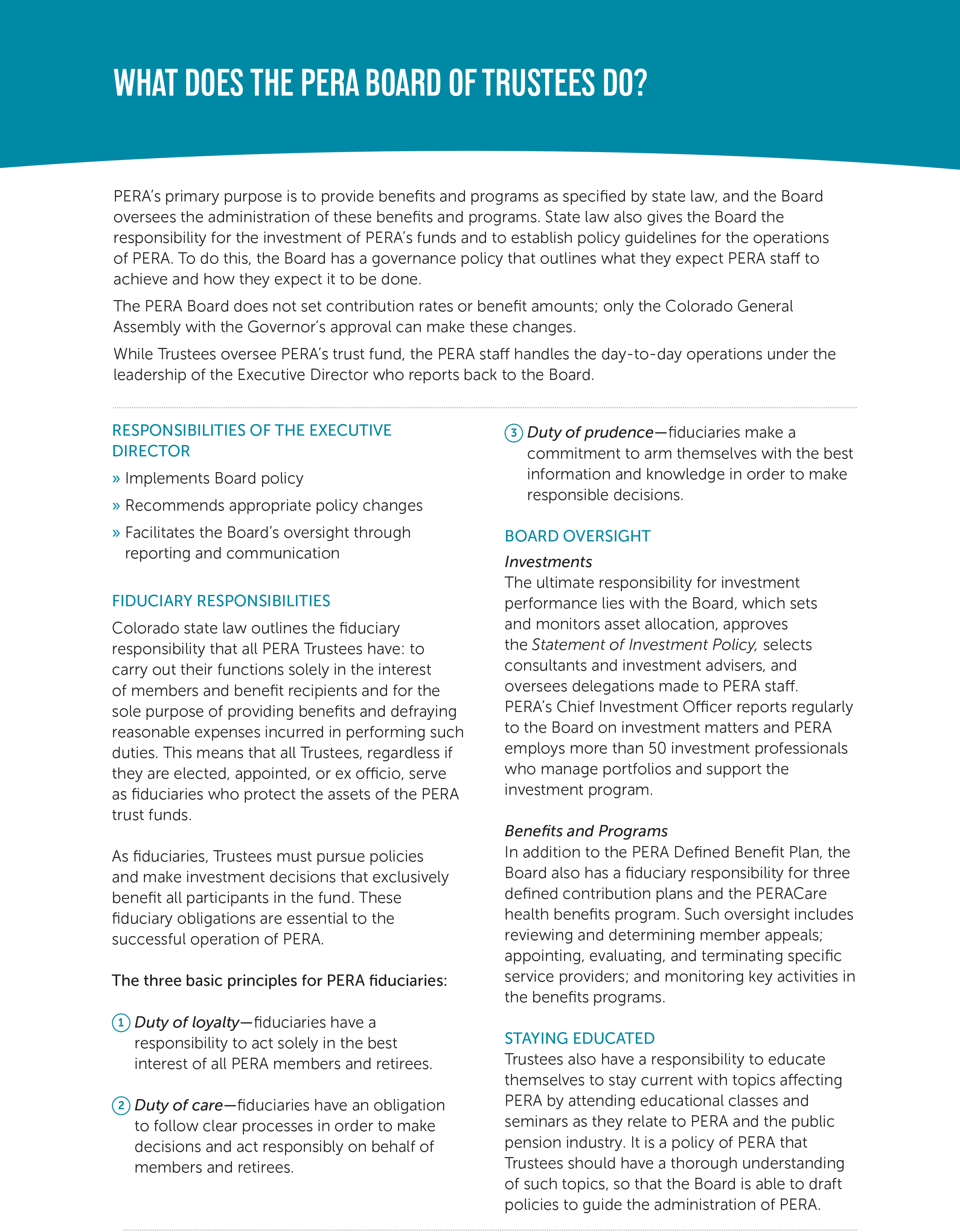 PERA Board of Trustees Fact Sheet